The standards related to the optical communication industry are mainly from IEEE, ITU, and multi-source agreement MSA industry alliances. The 100G module has multiple standards, and customers can select the most cost-effective module type according to different application scenarios. Multimode fiber is used in short-range applications within 300m, and VCSEL lasers use single-mode fiber, DFB or EML laser for 500m-40km transmission. Fiber connectivity in higher-speed active equipment is being condensed and simplified with plug-and-play, hot-swap transceiver miniaturization. Thus, optical transceiver technology is one of the basic but important technology to achieve the realiable and effective 100G Ethernet. Interfaces for 100G active equipment include QSFP28, CFP and CXP. So today we will introduce some different types of QSFP28 Transceivers. 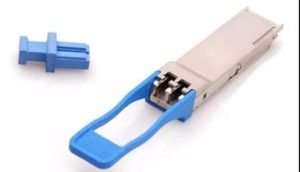 100G QSFP28-PSM4 is a Four-Channel, Pluggable, Parallel, Fiber-Optic QSFP28 Transceiver for 100G Ethernet Applications. The QSFP28 full-duplex optical module offers 4 independent transmit and receive channels, each capable of 26Gbps speed. 100G-QSFP28-PSM4 are designed to operate over single mode fiber systems using 1310nm DFB laser array. An optical fiber ribbon cable with an MPO/MTPTM connector can be plugged into the QSFP28 module receptacle. The functional mode of QSFP28 PSM4 is much similar to that of QSFP28 SR4. It uses four independent transmit and receive channels. Each channel operates at 25Gbps. The difference mainly lies in the fiber they use. QSFP28 PSM4 works on single mode ribbon fiber cable, while QSFP28 SR4 works on multimode ribbon fiber cables.

Similar to PSM4, the QSFP28 CWDM4 also uses 4x25Gbps to achieve 100Gbps. But the difference is that the CWDM4 utilizes an optical MUX and DEMUX to reduce the fiber it needs, which is like the CFP LR4. It only needs a duplex single mode fiber cable to connect two 100G CWDM4 optical modules. At present, CWDM4 links are used in both 100G CFP4 or the QSFP28 optical transceivers. 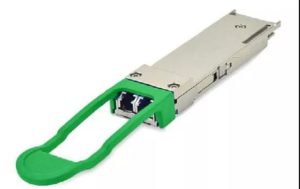 From the comparison above, we can find that there are mainly two differences between of the functional mode of these 100G optical transceivers. One is the transmission channel and another is the cable type. Except for that, wavelengths, connectors, and other factors also can affect the working performance of optical transceiver in optical connections.