Emerging demand of higher bandwidth and faster speed connections has significantly enhanced the growth of fiber optic cable assemblies market over the past several years, especially the single mode fiber (SMF) and multimode fiber cable (MMF). However, though these two types of  fiber optic cables are widely used in diverse applications, the problem—How to choose multimode fiber and single mode fiber—is still confusing. 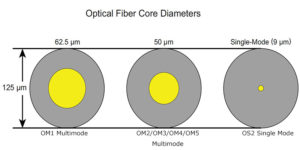 How to Choose Multimode Fiber and Single Mode Fiber? 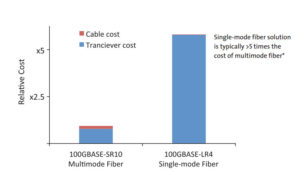 From the comparison, it can conclude that both single-mode optics and multimode optics have their own features. Single-mode fiber cabling system is suitable for long-reach data transmission applications and widely deployed in carrier networks, MANs and PONs. Multimode fiber cabling system has a shorter reach and is widely deployed in enterprise, data centers. No matter which one you choose, on the basis of total fiber cost, choosing the one that best suits your network demands is an important task for every network designer.