);
Skip to content
HomeWhat isThree Things You don’t Know About The Network cable

The network transmission medium has three types: copper cable, network cable, and optical fiber. The network cable is an important carrier for network signal transmission and is composed of two copper wires with an insulating protective layer. The two insulated copper wires are twisted together at a certain density, and the electric wave radiated by each wire in the transmission is cancelled by the electric wave emitted from the other wire, thereby effectively reducing the degree of signal interference, so it is also called double Twisted Pair (TP).

There are two standards for twisted pair termination: T568A and T568B. The network cable has 4 pairs of twisted pairs, and the 100 megabit bandwidth can transmit signals by using four, 1, 3, 3, and 6. The 1, 2 are used as the transmitting end of the data, and 3 and 6 are used as the receiving ends of the data. Make sure that groups 1, 2, and 6 are connected to the same color line sequence. Gigabit Ethernet is usually used for eight cores. For example, the six types of super six network cables should not only use 1 3 2 6 , but eight cores need to be used, otherwise the network operation will be unstable. 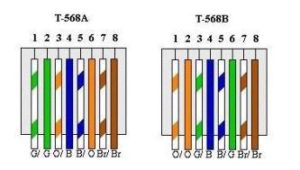 The Types of Network Cable

UTP (Unshielded Twisted Pair) is an unshielded twisted pair cable used for general network applications with transmission bandwidth below 250MHz, no special performance requirements, unshielded jacket, small diameter, light weight, easy to bend, easy to construct and maintain, and inexpensive. . However, the highest performance limit of this type only supports the cabling system of the six types of network cables.

STP (Shielded twisted pair) independently shields the twisted pair, adding an aluminum foil layer outside the core wire, and each pair of wires has an aluminum foil shielding layer for the purpose of reducing signal attenuation. There is also a metal braided shield for every 4 pairs of wire packs, which has reached the structural standard of the seven types of cable. Applicable to high-speed network and high-secure transmission, it can support future application updates, can be unified wiring platform, and a variety of media information can be transmitted together.

SFTP (Shielded Foiled Twisted Pair) double-shielded twisted pair, adding woven mesh to STP aluminum foil, usually with aluminum-magnesium wire mesh, tinned copper mesh, outer layer is PVC outer cover, in general, there are two layers The shielding layer must have insulation isolation between the two shielding layers. Its advantage is to effectively reduce the environmental magnetic field, signal interference, and low attenuation of internal signals. The disadvantage is that the flexibility is poor and expensive. This wire with anti-interference and high-secure transmission is suitable for professional wiring projects in special environments.

The super five network cable is the most commonly used type of network cable in life. Because the wiring is simple, the price is much cheaper than other network cables. The transmission rate is up to 100Mbps, and the 100M network is stably supported. 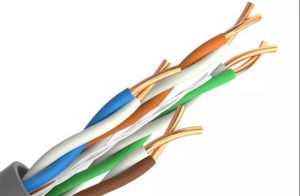 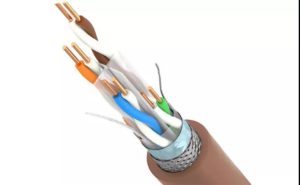 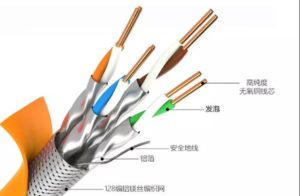 The Connection Standard of Network Cable

1. Straight-through connection is used to connect computers and switches, HUBs (hubs), etc. Both ends of the crystal head follow the T568A or T568B standard, usually more T568B. The straight-through cable connection between the Ethernet 100M network cable and the Gigabit Ethernet cable is the same.